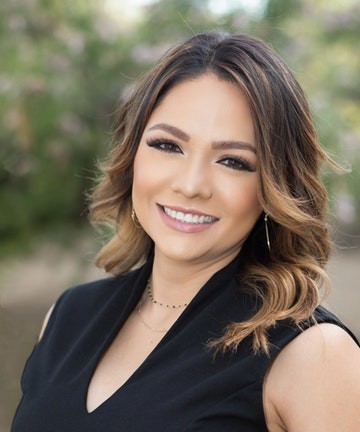 Get Acquainted with Dianna Ochotorena

“I love working with people,” says Dianna Ochotorena. “I love helping people.”
She specializes in personal lines, including insurance for cars, boats, RVs and homes. Occasionally, she’ll branch out to handle commercial lines, but she prefers the one-on-one interaction that comes with helping individuals and their families.

Her passion for helping others is why she originally planned to go into education. While she was working toward a degree in early childhood education, though, she was also doing part-time administrative work at an insurance office. Her supervisor saw potential in her and suggested she get an insurance license. The idea appealed to Dianna, who decided to get a business management certificate and has been working in insurance ever since.

“Every day, I got to see people and help answer their questions,” she says, explaining what convinced her the career choice was the right move.

Dianna has worked at RightSure since 2006. As her loyalty to the company suggests, she’s thrilled with the company. “I love the environment,” she says. “It’s more like a little family than your employer.”

The close-knit, friendly atmosphere is only one thing she appreciates about RightSure. She also likes the technology, which she describes as better than what she’d expect to find at other agencies. She’s also quick to praise the support she receives. “It helps me function as an agent better,” she says. “It’s a great setup to help agents succeed.” And, the support means that she has more time to help her clients, which is what she enjoys most.

If you ask her coworkers, they’d probably tell you Dianna is outgoing, helpful, and talkative. She welcomes the opportunity to chat with clients. Sometimes, her clients call her with questions and start by apologizing for bothering her, but it’s really no bother for her. “It’s more than a paycheck,” she says. “I love helping people. Doing this job allows me to do that.”

A graduate of Sahuarita High School, Dianna was born and raised in Arizona. “My favorite part is the weather,” she says. “The winters are perfect. The summers are a little hot, but I’m used to it.” She lives in Vail with her husband, their three children and four dogs.